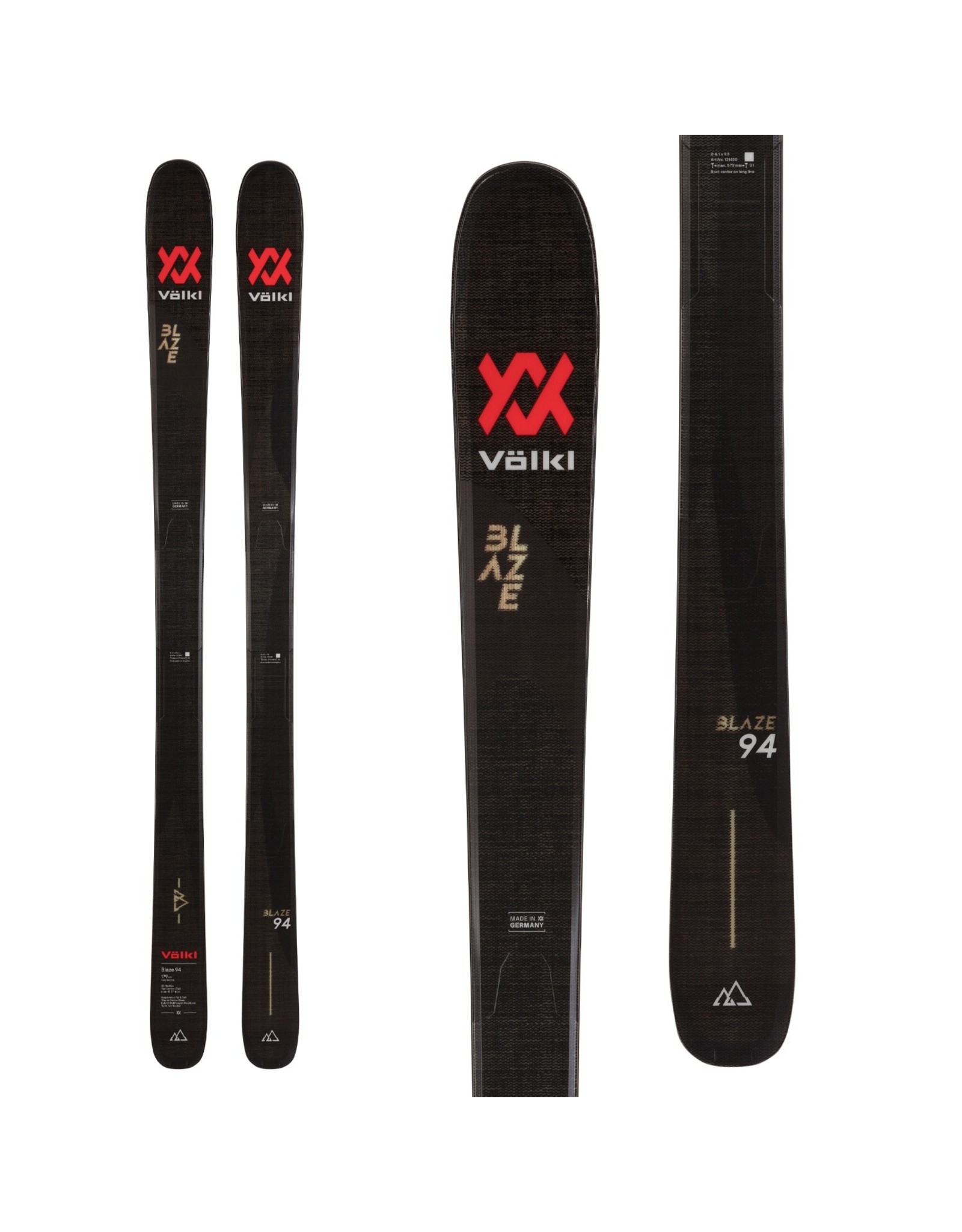 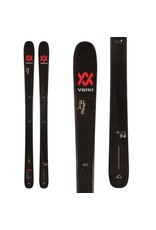 A new era in freeriding – state-of-the-art technology for the ultimate ride in four lengths, each with a 94 mm waist.

The introduction of the Mantra marked the beginning of Völkl's powerful freeriding ski lines. For those who want to ride free without any restrictions but with the full control of a sportive off-piste ski. The new Blaze series even adds another dimension to the idea. The concept of the ski targets the intuitive freerider who appreciates a playful and at the same time agile and sportive maneouverability. The Blaze 94 weighs only 1546 g (@ 179) and is built for an extremely wide range of use in all off-piste conditions.

A just 0.3 mm thick Titanal binding plattform provides direct power transfer and a fast pressure built-up from one edge to another. This gives the ski a most direct response right from the turn initiation. In order to preserve the full flexibility and agility there is intentionally no Titanal included in the tip and the tail. Especially in narrow and rough terrain you will directly benefit from the ski's faster and more direct reaction and with less effort required. The 3D radius sidecut significantly enhances the ski's liveliniess and maneouverability. The Blaze construction targets the short turn-oriented skier but the 3D radius together with the tip to tail Hybrid Multilayer woodcore adapts to basically every riding style.

A great new feature is the Suspension Tip which makes its debut in the Blaze series. This elastic rubbery material on the edges of the tip and the tail acts like a bumper everytime the ski gets in contact with the snow in wind-blown or tracked conditions. The shock-absorbing elasticity ensures not only the resistance but also provides great lift off-piste.

Add your review
0 stars based on 0 reviews 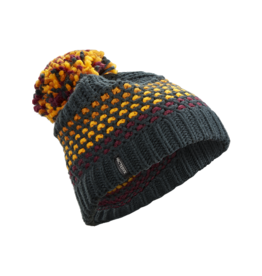 Women’s knit pompom toque is made from a thick, soft yarn for warmth and comfort.
Add to cart
Fernie Toque
C$44.99 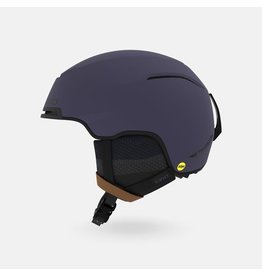 From its aerodynamic airflow to its multi-directional impact protection system, the Jackson ™ MIPS® is ready for all your adventures from the park to the backcountry.
Giro Jackson MIPS Helmet
C$239.99 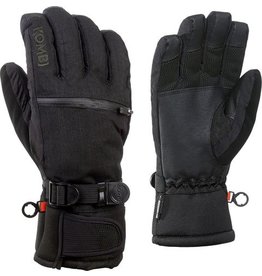 With PrimaLoft® insulation – the warmest synthetic insulation on the market, short fitted neoprene cuffs that allow your wrists to move easily and still stay warm, and air vent pockets for optimal comfort, these gloves have everything you need to take ful
Kombi The Freerider Men's Glove
C$69.95 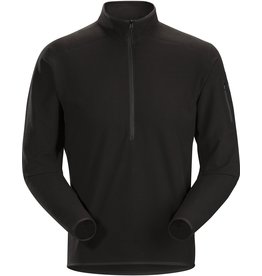 Versatile, lightweight microfleece that works as a midlayer or as a standalone in cool weather. Delta Series: Mid layer fleece | LT: Lightweight.
One of the most versatile fleece pullovers Arc’teryx has ever designed, the Delta LT provides effective warm
Arc'teryx Delta LT Zip Neck Men's
C$119.99